An article recently published in the Mycokeys journal presents results proving the existence of a new species of fungus that has previously been confused with pine pathogen Caliciopsis pinea. The paper called "Caliciopsis moriondi, a new species for a fungus long confused with the pine pathogen C. pinea" aims to clarify the taxonomy of Caliciopsis specimens collected from infected Pinus spp. in Europe and North America. Using an integrative approach combining morphology and phylogenetic analyses, two groups became evident - one was the known pathogen Caliciopsis pinea that occurs in North America, and the other - a morphologically similar, but phylogenetically distinct, species described in the article as Caliciopsis moriondi. 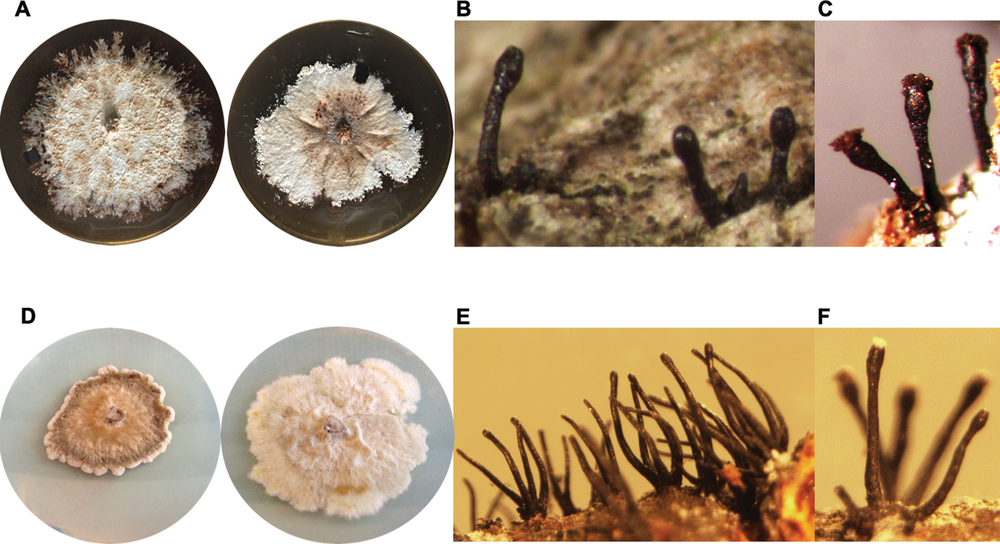 The authors of the article, amongst whom are HOMED researchers, conduct the study in which a comparison between isolates from the USA (obtained from Georgia, North Carolina, Tennessee, Virginia, Maine, Massachusetts, and New Hampshire) and the EU (obtained from France, Italy and Spain) is made.

The study included a large number of isolates previously believed to be Caliciopsis pinea. DNA sequence analysis showed that these isolates represented two distinct taxa, with the one representing Caliciopsis pinea, and the other - an undescribed species, which the authors formally describe as Caliciopsis moriondi.

Analysis shows that Caliciopsis moriondi can be distinguished from Caliciopsis pinea based on various morphological features including the length of the ascomata, as well as by their distribution on the stromata. Based on the wide sampling in the study, the authors hypothesize that Caliciopsis pinea does not occur in Europe.
Click here to access the paper.