Cities, due to the presence of ports and airports and the high diversity of trees in streets, parks, and gardens, may play an important role for the introduction of invasive forest pests. Researchers hypothesize that areas of urban forest facilitate the establishment of non-native forest pests. Based on scientific literature and a pan-European database on non-native species feeding on woody plants, the first detections occurred in European countries were analysed. Researchers collected site data for 137 first detections in Europe and 508 first European country-specific records. Also, the percentage of tree cover and suitable habitat (green areas with trees) in buffers around detection points was analysed. The large majority of first records (89% for first record in Europe and 88% for first records in a European country) were found in cities or suburban areas. Only 7% of the cases were in forests far from cities. The probability of occurrence decreased sharply with distance from the city. The probability to be detected in urban areas was higher for sap feeders, gall makers, and seed or fruit feeders (>90%) than for bark and wood borers (81%). Detection sites in cities were highly diverse, including public parks, street trees, university campus, arboreta, zoos, and botanical gardens. The average proportion of suitable habitat was less than 10% in urban areas where the species were detected. Further, more than 72% of the cases occurred in sites with less than 20% of tree cover. Hotspots of first detection were identified along the coastal regions of the Mediterranean and Atlantic, and near industrial areas of central Europe. 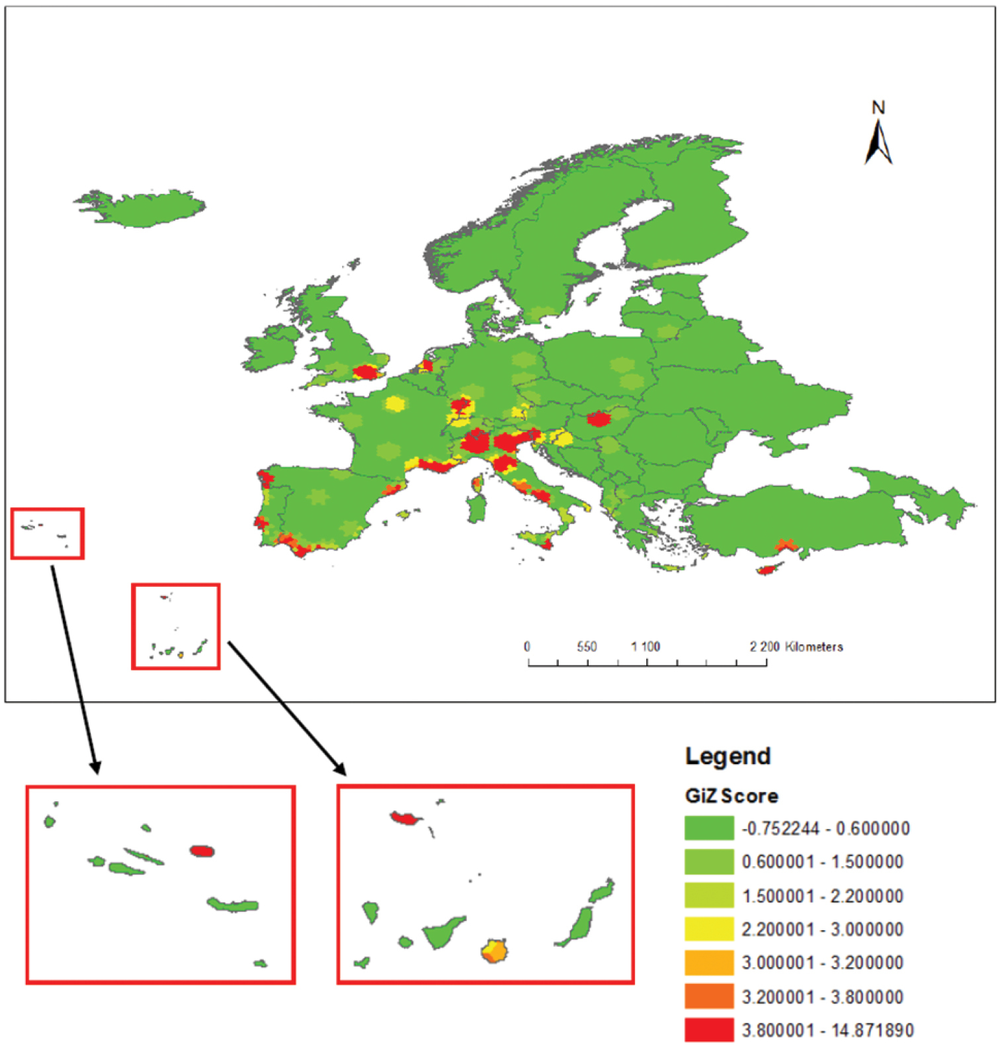 The study concludes that urban trees are main facilitators for the establishment of non-native forest pests, and that cities should thus be intensely surveyed. Moreover, as urban areas are highly populated, the involvement of citizens is highly recommended.

The study was part of the PLURIFOR project, EU INTERREG SUDOE, and HOMED project.