A research article recently published in the NeoBiota journal presents an investigation of long-term data on classical biological control (CBC) practices in the Western Palearctic. The paper called "Classical biological control against insect pests in Europe, North Africa, and the Middle East: What influences its success?" reveals that the success of CBC in Europe, North Africa and the Middle East is rarely dependent on the released biological control agent. They establish that other factors such as number of introductions, targets pests, and circumstances of the releases, have a significant impact on the success of CBC. 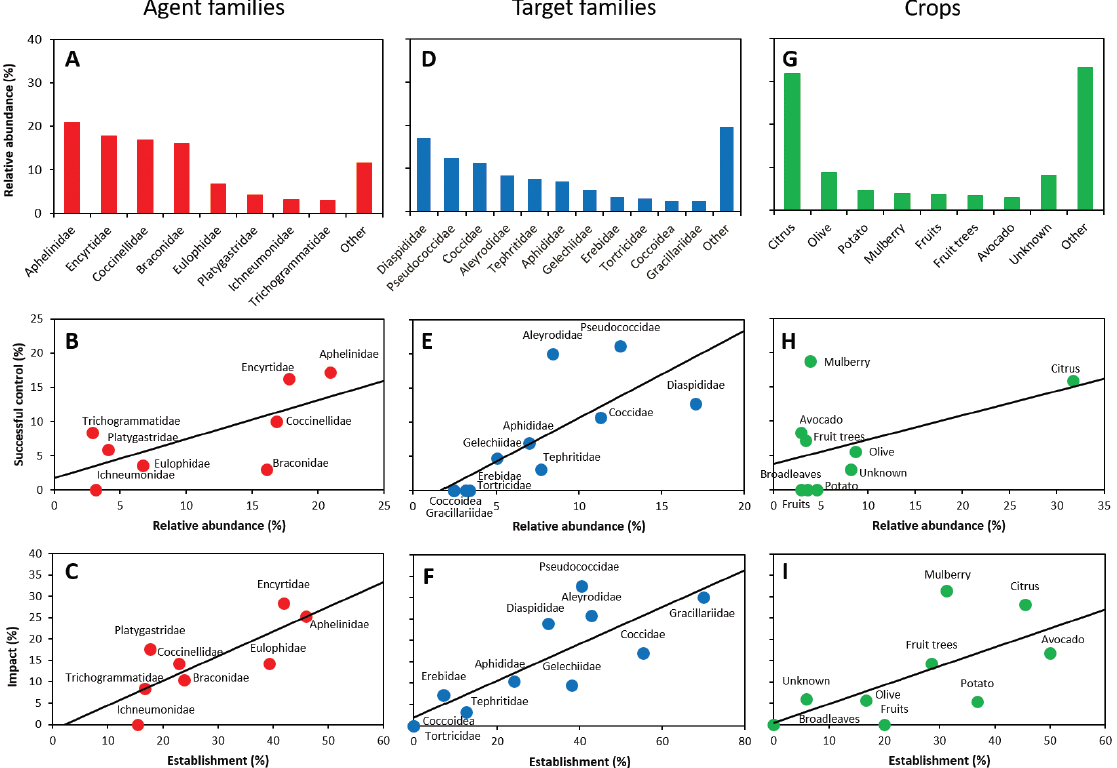 Authors of the article, amongst whom HOMED researchers, filtered long-term data from the BIOCAT catalogue for the Greater Western Palearctic Zone between 1890 and 2010. Based on these datasets they found that while repetitive introductions have a more significant impact on the success of the biological control practice, a lot of subsidiary factors remain uninvestigated and probably have significant impact on the success of the introduction.

The research also shows that CBC campaigns having trees as host plants perform better in CBC introductions as opposed to other types of plants.

The authors emphasise on the importance of creating a more holistic approach to CBC, with taking into account various factors on which the success of the introduction depends, such as abiotic factors, climate and management, alongside the more typical agent-related traits.