A new HOMED co-funded research was recently published in the open-access journal Neobiota. It examines the results from a survey which aims to study the perception and knowledge of foresters and other stakeholders on the health status of European oak forests affected by oak lace bug (OLB) and to investigate what forest health management measures would be acceptable to these target groups.

2084 people from nine European nations filled out the survey questionnaire: Austria, Croatia, Belgium, France, Hungary, Italy, Romania, Serbia and Slovenia. Despite the fact that just around 60% of respondents said they had noticed the discoloration of oak leaves caused by OLB, almost all (93%) thought it was a concern. 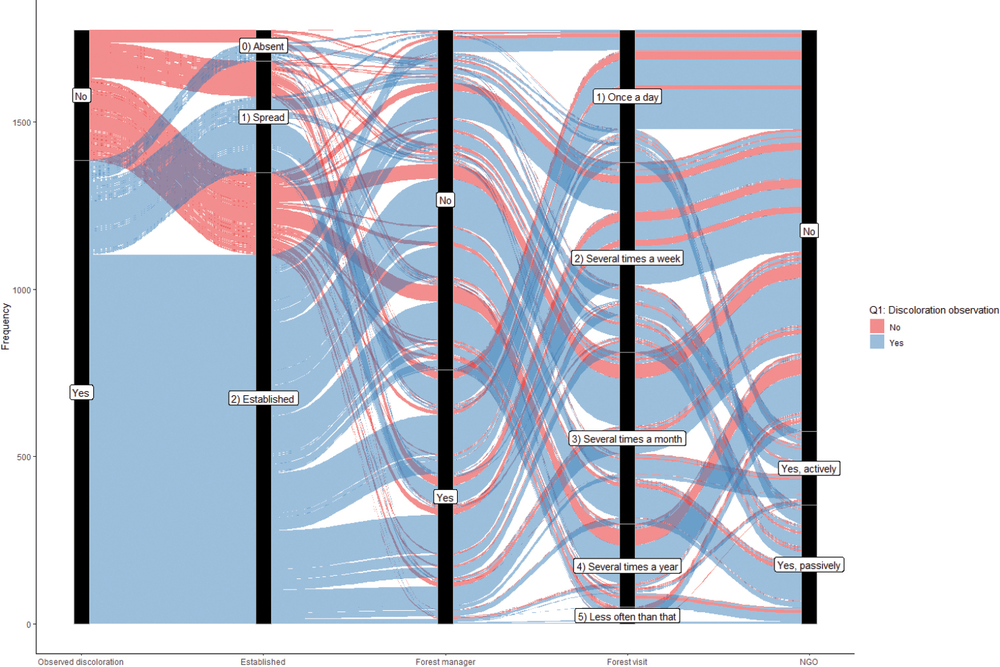 Figure: The extent to which people had seen the discolouration of trees before the survey.

The survey revealed that foresters thought the insect affected photosynthesis, acorn crop and the aesthetics of the trees, but cannot cause death of trees. However, the researchers assume that the value of the wood would decrease (this fact is also supported by the respondents who are connected to an environmental NGO), but that OLB does not affect property value.

You can read the full paper titled "Corythucha arcuata (Say, 1832) (Hemiptera, Tingidae) in its invasive range in Europe: perception, knowledge and willingness to act in foresters and citizens" here.