European Commission Future Brief: A detailed overview and future policies on forests in the EU 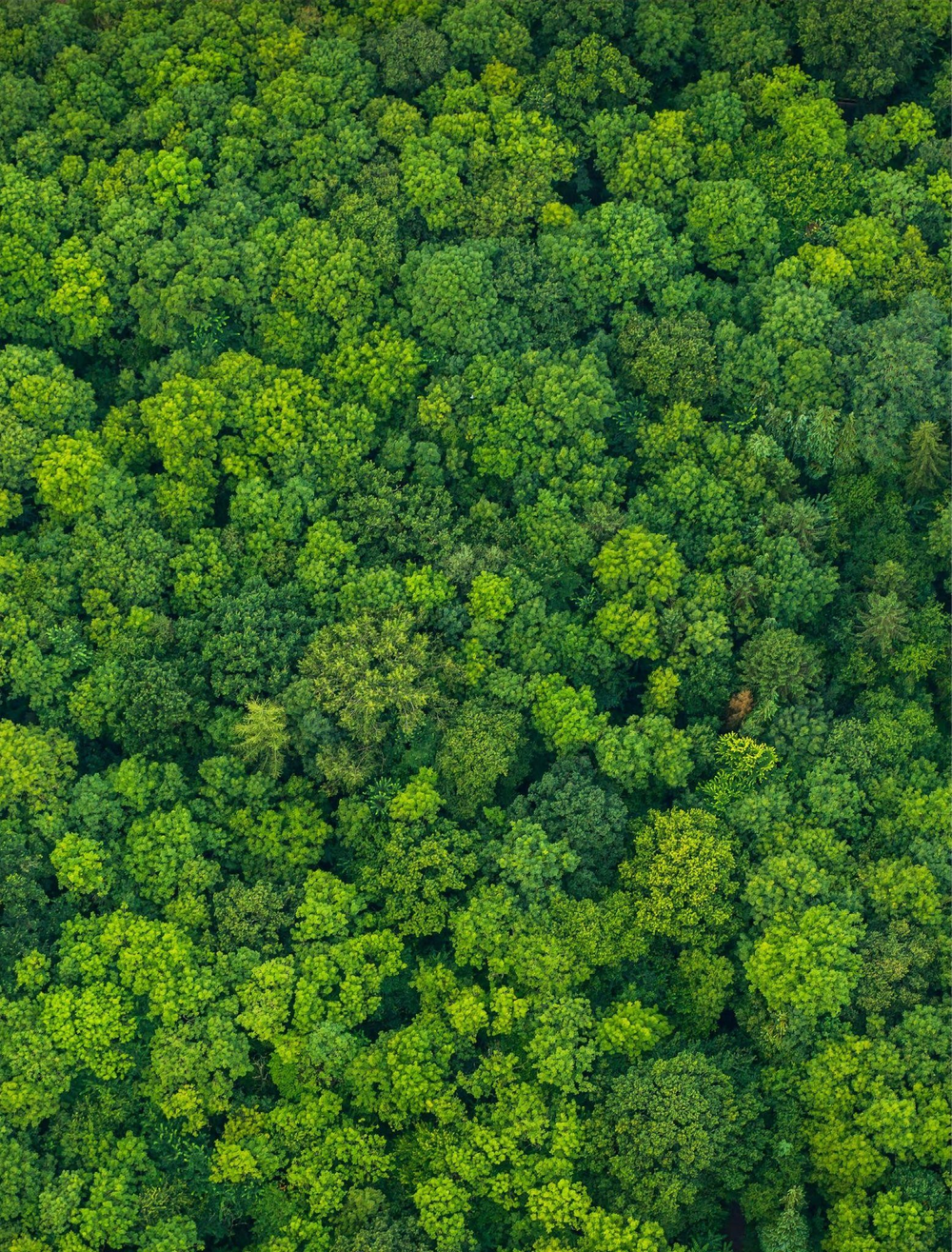 This article focuses on a Future Brief published in the Science for Environment Policy newsletter from December 2021, titled "European Forests for biodiversity, climate change mitigation and adaptation". Future Briefs are a series of horizon-scanning policy briefs, which provide an accessible overview of emerging areas of science and technology.

The current Brief brings together the latest evidence on the ability of Europe’s forests to support biodiversity while removing and storing carbon from the atmosphere, while also providing ecosystem services necessary for climate adaptation and our well-being, and contributing to the bioeconomy and reduction in use of fossil fuels.

The Brief starts with a description of the current state of the European forests and it clearly states that they are generally under a threat. This statement is based on the latest State of Nature report from the European Environment Agency which found that up to 84% of Europe’s assessed woodland and forest habitats were categorised as ‘unfavourable-inadequate’. Land-use changes, extreme weather occurrences (fires, droughts, and storms), overexploitation, and pests, pathogens, and invasive species are all having detrimental effects on existing forests today.

The Brief continues to delve into the current state of the forests with charts, photos, statistics, research, case studies and real-life examples and historical facts about the forests in the socio-economy, followed by factors affecting the resilience of European forests.

The European Green Deal is one of the European Commission's top policy priorities for the future years, laying out a set of policies for making the EU economy more sustainable and achieving carbon neutrality by 2050 while protecting natural resources and biodiversity. Actions that derive from the European Green Deal are, for example, the EU Forest Strategy for 2030, which was adopted in July 2021 and is one of the flagships of the Green Deal, and the EU Biodiversity Strategy for 2030, which sets out a number of commitments and actions to protect Europe’s nature, including establishing protected areas for at least 30% of the land, with 10% to be strictly protected. Other policies and strategies which are examined in the Future Brief are the EU Bioeconomy Strategy and the Common Agricultural Policy (CAP).

Climate change is intensifying the many threats forests already face but will also have its own impacts on forests. Increased global temperatures are projected to encourage the expansion of tropical forests into areas where temperate forests presently exist, as well as the expansion of temperate forests into areas where boreal forests currently exist.

Boreal forests could transfer to drier places under a 4°C global warming scenario by the end of the century, with major effects for CO2 balance and habitat loss/gain (Gauthier et al., 2015).

It is also stated in the Brief that changes to climate will also influence the diversity оf tree species within existing forests.

Forests cover approximately 40% of the EU’s land area and hold a significant proportion of the EU’s terrestrial biological diversity, acting as irreplaceable reservoirs of biodiversity (European Commission, 2021; 2020a).

The majority of EU-28 woods (woods in all EU Member States) are now semi-natural (i.e., shaped and modified by humans), with plantations accounting for the remainder (Maes et al., 2020). Only 2-4 percent of the EU's forest area is now classified as "undisturbed" by human intervention (ibid. ); however, all forests are influenced to some extent by human activity such as pollution (especially nitrogen deposition, CO2 enrichment, and global warming), and nearly all European forests have likely experienced some form of wood extraction.

According to the National Forest Inventories of Member States, the area of forests in the EU-28 increased by nearly 13 million hectares (or 130 000 km2; an area equivalent to the size of Greece) in the period 1990-2015 due to both natural processes and active afforestation. 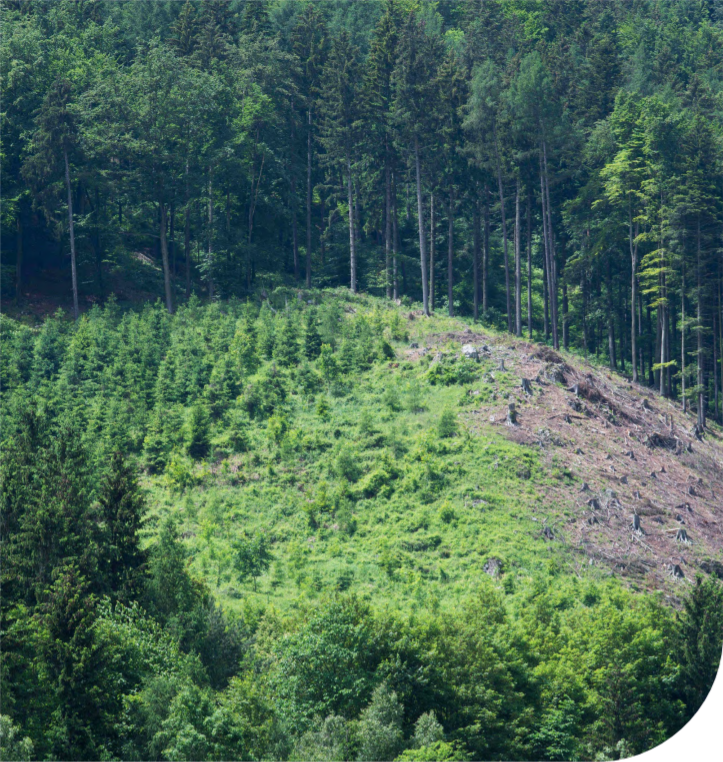 On a different note, a substantial pool of carbon is stored in forests: as much as 45% of all land carbon (Pan et al., 2011). In all forests, tropical, temperate and boreal together, approximately 31% of the carbon is stored in the biomass (roots, trunks and branches) and 69% in the soil (IPCC 2000).

The quantity of carbon stored in forests is affected by a number of factors, both natural and human-caused. When wood is harvested, forest land is cleared for agriculture or construction, or when detrimental events such as storms, wildfires, insects, and disease occur, carbon is removed and emitted. Natural reforestation of land that has previously been cleared for agriculture, as well as active tree planting and management measures that result in a faster rate of growth, can result in greater carbon storage.

The IPCC has suggested that forests could provide an additional mitigation role of 90–180 Mt CO2 / year (IPCC, 2007) through reforestation and woodland creation, extending and protecting existing forests. 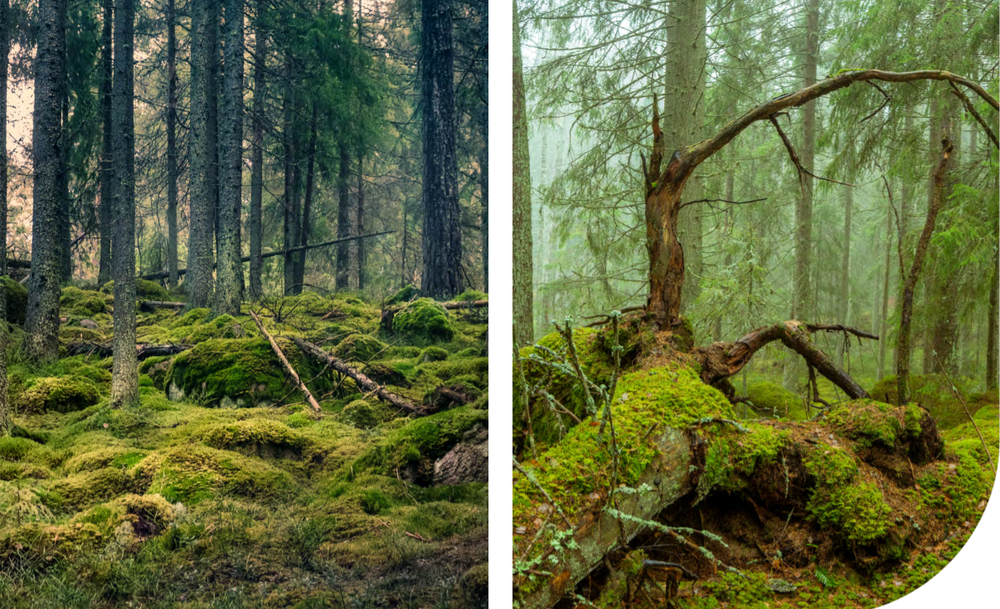 The EU Adaptation Strategy (COM/2021/82 final) prioritises local resilience as the ‘bedrock’ of adaptation – since climate adaptation challenges themselves are local and specific – and stresses the importance of biodiversity for a climate-resilient Europe.

Restoration ecology tools, combined with specific silvicultural practices, can aid in the planning and establishment of communities that are resilient to emerging conditions.

New understandings of environmental issues, such as climate change and biodiversity conservation, require new data on forest state and its consequences.

Forest biodiversity and climate change impacts monitoring in the EU is currently fragmented and difficult, and there is no framework in place for holistic monitoring with high geographical and temporal granularity. In the absence of extensive mandatory requirements, this situation has developed. During the years 2003-2007, the Forest Focus Regulation (2152/2003)14 was in effect, and it helped to build a framework for forest monitoring and environmental interactions in order to conserve the European Community's forests.

This brief compiles some of the most recent scientific findings on how Europe's forests support biodiversity, the bioeconomy, and climate change mitigation.

As a vital renewable resource under severe stress, immediate action is required to ensure that the future stages for forests are adequately researched and evaluated. The science presented in this brief has pointed to critical adjustments in forestry management methods that will help to ensure that biodiversity – a critical factor in both forest resilience and climate change mitigation – is not overlooked.

References are available in the Future Brief. You can read the document here.