Group living (i.e., gregariousness) is a widespread trait among animals, which is associated with a female depositing her eggs in an egg mass. Insect species with such lifestyles appear more prone to outbreaks than species with a solitary lifestyle. In his article from 1987, Hanski takes the life history perspective of gregariousness into a population perspective. The article concludes that species with a gregarious lifestyle show greater spatiotemporal variability in survival. To obtain further insights into the issue, a recent HOMED article published in the Ecological Entomology journal analysed density data with respect to egg mass aggregation for two species of pine processionary moths, Thaumetopoea pinivora (in Sweden 2005–2019) and T. pityocampa (in Spain 1973–1991). The obtained data suggests that aggregative oviposition can be important in explaining the higher propensity for outbreaks in insects laying eggs in clusters, compared with those laying individual eggs. To further corroborate the suggested link between aggregative oviposition and outbreak propensity, additional experimental studies at larger spatial scales will be needed. 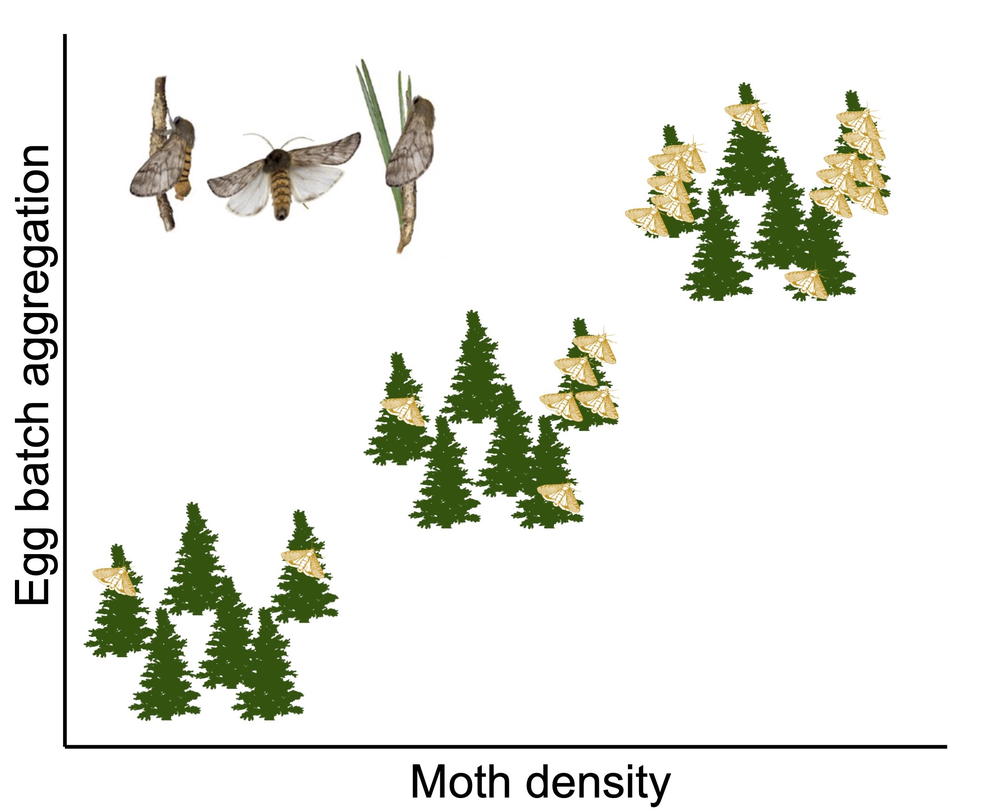